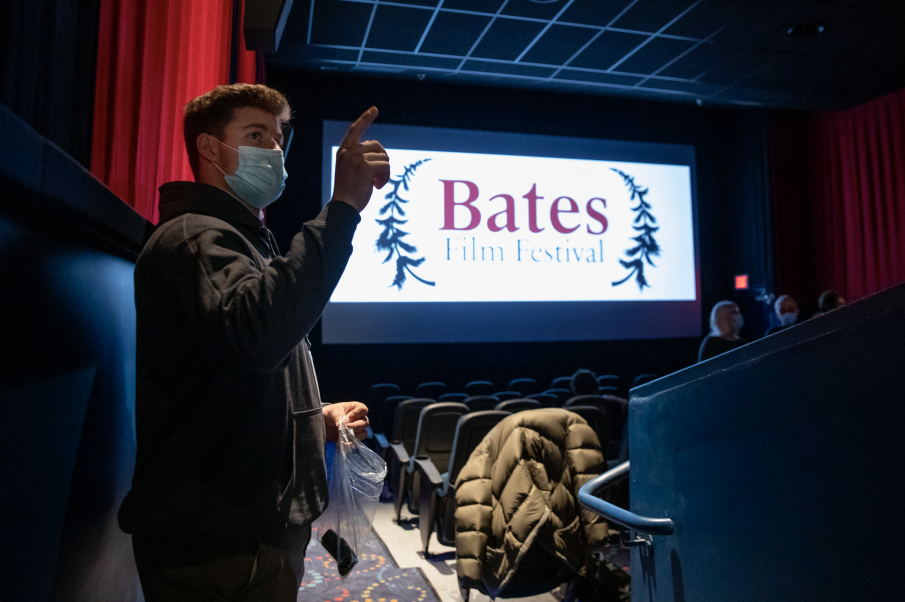 The 2022 Bates Film Festival (BFF) was an experience unlike any other. When I sent in my petition to join Professor Cavallero’s “Film Festival Studies” seminar, I was unaware of the true nature of the endeavor I was about to undertake. After my acceptance into the class, I was declared a member of the board of directors, and from there we began to work. Over the course of one semester, I along with my sixteen classmates screened countless movies/shorts, finalized the festival’s mission statement, contributed to the construction of the trailer, advertised the festival, solicited sponsors, created panels, and more. Labeling my experience as rewarding and informative would be an understatement. I am truly grateful for my involvement with the BFF. It offered me a unique platform to begin necessary and engaging conversations throughout the Bates community and beyond. I was able to prompt these conversations through the programming of films and the planning of panels.

“It offered me a unique platform to begin necessary and engaging conversations throughout the Bates community and beyond.”

The process of selecting films is arguably the most important aspect of any film festival. Prior to the start of our course, Professor Cavallero screened roughly 60-80 potential films on his own. From there he composed a short list for the class to watch and thereafter choose from. We viewed multiple films as an entire class to start the semester, but to make the best use of our time, we divided the class into two groups: narrative and documentary. These two teams would watch films that corresponded with their respective genre; I was a part of the documentary team. Along the way we wrote reflections for each film to formulate our opinions and detail what we had witnessed. Around the halfway point in the semester, we gathered in our two teams to deliberate and hold democratic votes to decide which films we were going to include. We ended up programming over 25 documentaries, feature films, and shorts: a significant increase from the previous two festivals.

Every film that we decided to screen at the festival was selected with a purpose. Movies were not chosen based on how entertaining they were, but rather on the conversations that they were able to generate. Using our mission statement, we programmed films that would, “facilitate productive discussions of a wide range of topical issues,” allowing students and community members to “witness, engage, and lead civic-minded conversations.” For instance, instead of showing a film like Star Wars to celebrate its 45th anniversary, we chose to screen the documentary, On the Record; a movie that ultimately won our Audience Award because of its ability to inspire meaningful conversations about women of color in the #MeToo Movement. Marijke de Valck in her paper “What is a Film Festival? How to Study Festivals and Why You Should,” describes the power that these types of films have in “spreading awareness of problems, correcting false beliefs, countering misinterpretations, and ultimately contributing to better and more just societies” (de Valck 2016: 5). We actively sought films representing a wide variety of political and social viewpoints and backgrounds. Taking the mission statement and class readings to heart, we worked to program the films that would challenge the audience and start discussions surrounding complicated issues.

“Every film that we decided to screen at the festival was selected with a purpose.”

As a class, we planned and executed a series of panel discussions to further encourage rich and engaging conversations. We started by pitching a panel idea to the class. My idea was to explore how music, a soundtrack, and sound can influence one’s interpretation of a film. I originally got the idea for this panel after watching Romance & Cigarettes (written, and directed by our special guest John Turturro) and noticing how essential the soundtrack was to the overall film. I named my panel “Music and the Movies,” and once approved, recruited panelists with whom to have this conversation. Vineet Shende, a Bowdoin Professor who teaches a course in film music, Shawn McKeown, a Freeport High School music teacher, and Clarissa Carter, a singer-songwriter and Creative Executive at Disney, all contributed their unique perspectives to my panel. We discussed questions such as: “What goes into constructing music for different genres (horror vs. comedy)?” and “What does the collaboration between the director and composer look like? Does the movie or music come first?” De Valck posits that panel events at film festivals, “can influence our aesthetic tastes, our political beliefs, and our outlook upon life” and overall, “may change our perception of the world” (de Valck 2016: 9). I like to describe the panel discussions as the meat of the festival. I purposefully raised thoughtful questions in an attempt to promote answers that would have the ability to influence a person’s outlook on a particular subject, which in this case was music in film. If given the opportunity to work on my panel again, I would market it more in order to expose a larger audience to the interesting discussion.

Seeing all of our hard work come to fruition was highly gratifying. The festival took major steps forward this year, bringing in guest stars like John Turturro, Bruce W. Smith, and John Shea ‘70. We expanded our operations to Freeport, Maine, and were able to show internationally acclaimed films like The Worst Person in The World. The experience is something that I will cherish for a lifetime. It has become one of my core memories – something that I will look back on as a highlight of my time at Bates College. Our small, semester-long course composed of 17 individuals, will forever be remembered as the board of directors for the historic third Bates Film Festival. I am excited to contribute to the fourth installment, as I will be a senior when the BFF returns.

de Valck, Marijke. “Introduction: What is a Film Festival? How to Study Festivals and Why You Should.” In Film Festivals: History, Theory, Method, Practice. Marijke de Valck, Brendan Kredell, and Skadi Loist, eds. 1-11.  New York: Routledge, 2016. 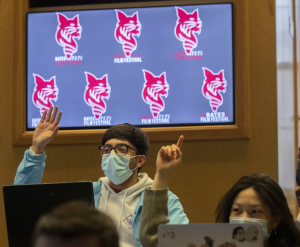 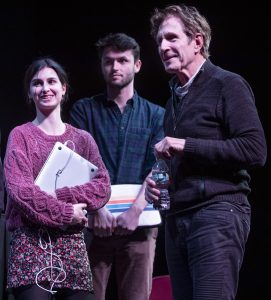 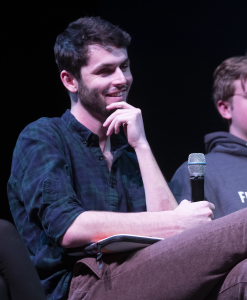 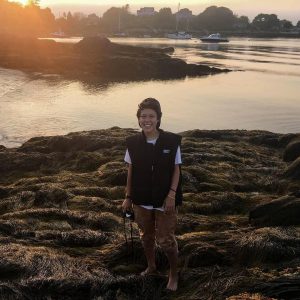 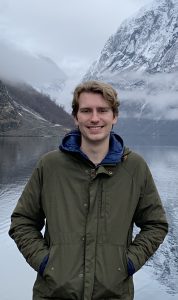